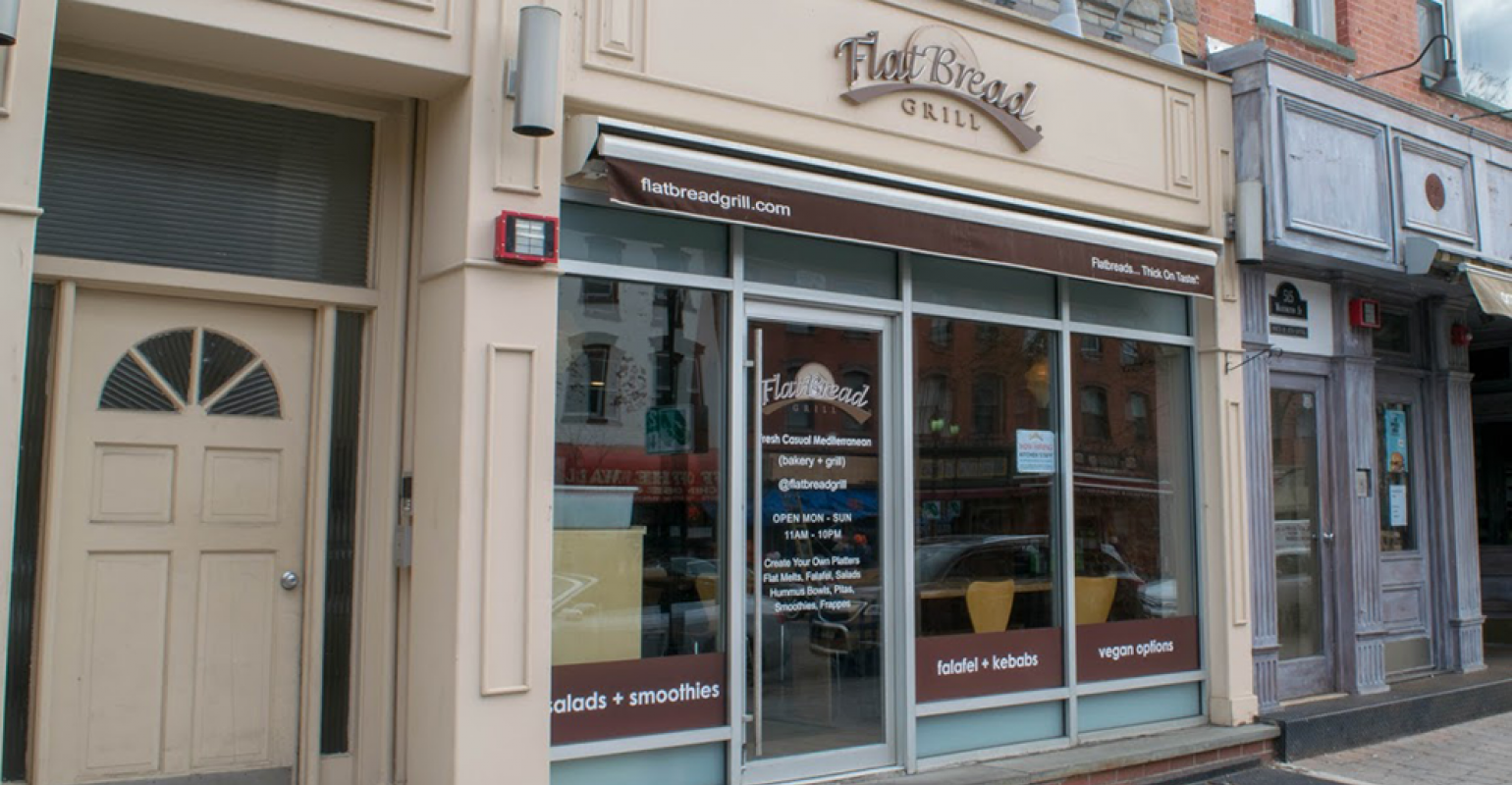 Flatbread Grill, which offers Mediterranean cuisine, is one of the participating restaurants in downtown Hoboken, N.J.
NEWS & TRENDS>COLLEGES & UNIVERSITIES

Programs allows students to use meal plans at local restaurants

When Stevens Institute of Technology launched its Washington Street Wednesday program in 2016, it saw an immediate uptick in meal plan participation.

“We have added a tremendous number of people to the meal plans year over year since we began,” says George Kuzma, vice president of business development for Gourmet Dining, which manages the college’s foodservice program. The company also runs similar programs at nearby Rutgers and Rowan universities.

At Stevens, participation in campus meal plans was flagging. In a bid to make the plans more attractive, dining reached out to local restaurants in the heart of Hoboken’s downtown district, an area that’s popular for its walkability (it’s just one square mile) and high concentration of creative, high-quality food establishments. Washington Street, the artery for which the program is named, is located just blocks from campus. 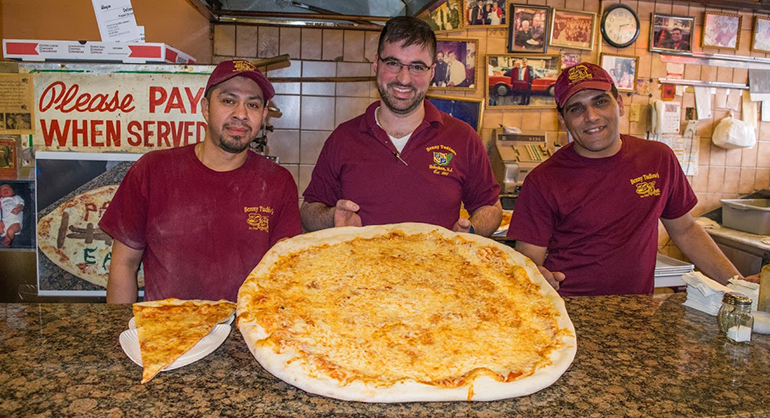 Benny Tudino’s pizzeria is one of the restaurants handpicked for the program.

Kuzma found restaurants the old-fashioned way. He ate from their menus and approached them in person to describe his vision for the program and invite them to partner with the university. By skirting the chains in favor of mom-and-pop eateries, Kuzma seeks to create connections between the university and the local community while giving students a wider variety of culinary choices.

“One of the things that I’ve always tried to do is to really include the community in everything we do,” he says. “We try to buy local and [prioritize] local purchasing. But to go further, we thought we’d see what we could do to include the restaurants.”

Participating restaurants accept the university meal plan for up to one meal each week. Every Wednesday, university students can swipe their cards during any meal of the day. Athletes tend to show up early, for breakfast. Most students show up for a late lunch or early dinner.

The university runs its meal plan on a web-based system, so restaurants can tie into the university plan using any card reader.

The university is proud of the high quality of meals the students purchase in town. Makai Poké Co. adheres to its “boat-to-bowl” concept by purchasing sustainably caught fish and local produce. Flatbread Grill, the Mediterranean spot, purchases from local farms and makes its own breads. 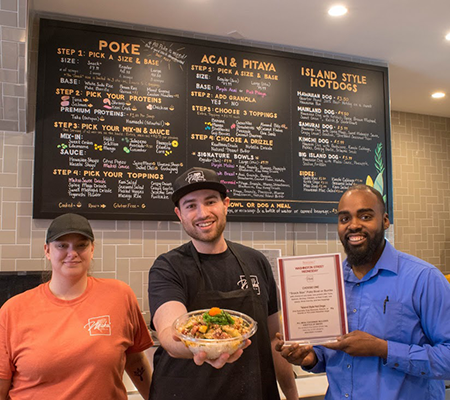 Restaurant meals that qualify cost around $10. Some restaurants offer the entire menu to Stevens students; others create representative menus containing a limited number of items.

Students love the program. Each week, an average of 900 students, of the 1,900 enrolled in the campus meal plan, participate in Washington Street Wednesday. Just over 1,200 students live on campus.

Keith Marciniak, senior director of dining service for Gourmet Dining, says students not only benefit from increased meal choices but also from having a scheduled excuse to get away from the high pressures that go along with university studies.

“This gives them a little bit of a break to get away, hang out with their friends, be a little social and put school on the back burner for a few hours.”

The popularity of the program has increased student meal plan sign-ups. Since they started the program, participation has grown by 12 percent.

It’s been better for participating businesses, too. Kuzma notes that vendors earn “not only the money they collect from us for the meals, but also the additional revenue they get for return business and upsells.”

Even though student funds go outside the university meal system on Wednesdays, Kuzma says that the increased participation is worth it, not only because meal plans are selling, but because Stevens has strengthened its hometown relationships. “We’re willing to share to help the local community.”

When they were designing the program, the group knew that dining on campus would be quiet on Wednesdays, so they shifted the work plan. On those days, the dining staff is smaller and workers focus on production. On weekends, turnout is high.

Kuzma says the program has succeeded because they were willing to deviate from the typical model for university meal service, giving up full profits in order to sell more meal plans. They’re also flexible: They customize programs according to setting and student needs. Rowan University partners with five restaurants. Rutgers partners with one. They plan to evolve the program at Stevens by expanding it to multiple days.

“It’s about understanding the customers,” Kuzma says. “It’s about creating the right meal plan so you get the value.”